We would love for you to meet some of the wonderful people who help the office stay organized and run smoothly for our those we serve. 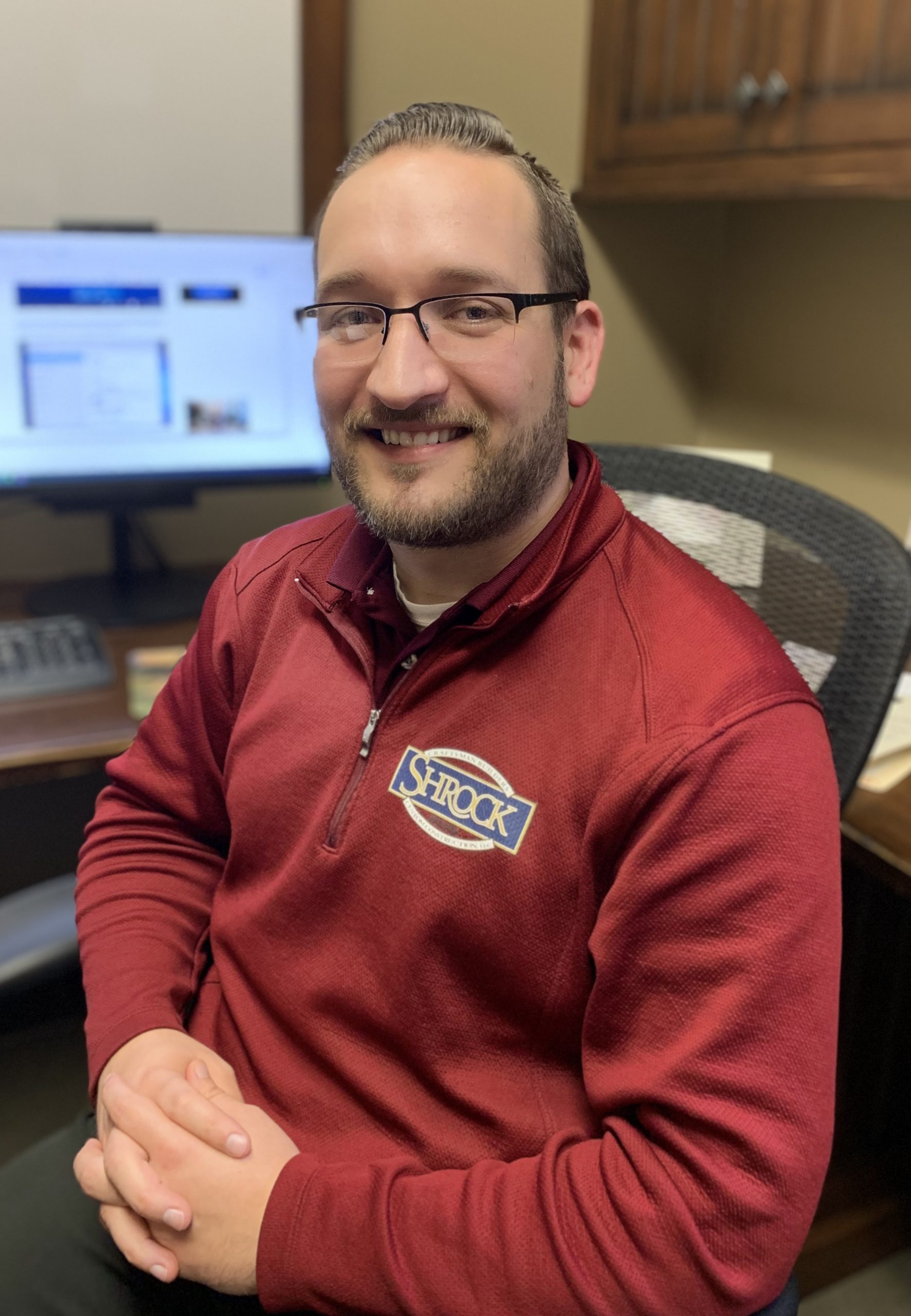 Shayne Glass is a cherished member of the Shrock family of companies.  He is a talented and determined individual who believes in hard work, perseverance and steadfast integrity…all qualities which not only contribute to the success of our companies, but if applied, contribute to the success of our country as well.  Believing that God is our ultimate leader, Shayne strives daily to follow God’s will for his life, and in doing so is able to utilize his passions, gifts, and talents for the benefit of others.  After Shayne became a member of our team, Shrock soon realized that CPA doesn’t just mean Certified Public Accountant but also Credible, Positive, and Accountable!!!

“From early in my high school years I knew accounting was the profession for me. It is my career goal to become a well-respected CPA. I am a graduate of Franklin University with a Master's of Science (MSA) in Accountancy. I became a licensed CPA in May of 2015. It is an honor to be a part of the Shrock Family of Companies and I am excited to face the challenges that lie ahead of me!”

Joseph Shrock agrees that sometimes "treasure can be found in your own backyard" and Lisa Christine is evidence of that fact. Lisa became a part of the Shrock team in 2017. Since then, she has become an invaluable asset not only to the company as a whole, but also to each employee. It's been said around the office that II Lisa can do the work of two people in½ the time!"

Lisa has worked in Compliance, Safety, and HR since 1995 with the former Sunset Golf and Motor Coach Industries which operated out of the historic Flxible Co. Buildings in downtown Loudonville. Ironically, some of the same buildings are now offices and manufacturing facilities for branches of Shrock Companies. Lisa earned her Professional Human Resources credentials through SHRM. Credentials are important, but what makes Lisa a standout in her profession is her ability to sincerely care and listen to others, her skill in multitasking very well, and her genuine dedication to the Shrock team.

Lisa, a native of Loudonville, has lived and worked in the area her entire life. She has been married to Jerry since 1998, and together they have raised their family and are still involved in the community formerly serving as President and Board Member for the Loudonville-Mohican Chamber of Commerce, and as President of the Academic Boosters for the Loudonville-Perrysville Schools. Her family attends and serves at New Hope Church in Loudonville.

“Thanks for a beautiful house and a terrific building experience!”

“Thank you for your kindness and the wonderful job. It was greatly appreciated.”

“Thank you so much for a wonderful job on our renovation! It is just perfect!”